We arrived in Greece after driving 48 straight, that’s just over 2000 kilometres eaten by the beautiful little yellow submarine that is carrying us. It wasn’t until we arrived in Greece that things started to go a little hay wire. By haywire I mean that every single road to Athens was blocked by police and there were, literally, 100’s of burning fires by the side of every road. We circled around the same highway in criss cross self repeating cycles as if in a David Lynch movie. All around us police sirens swirled and the pillars of fires blazed. We eventually gave in the ghost and headed in the only direction possible which was Thessaloniki. 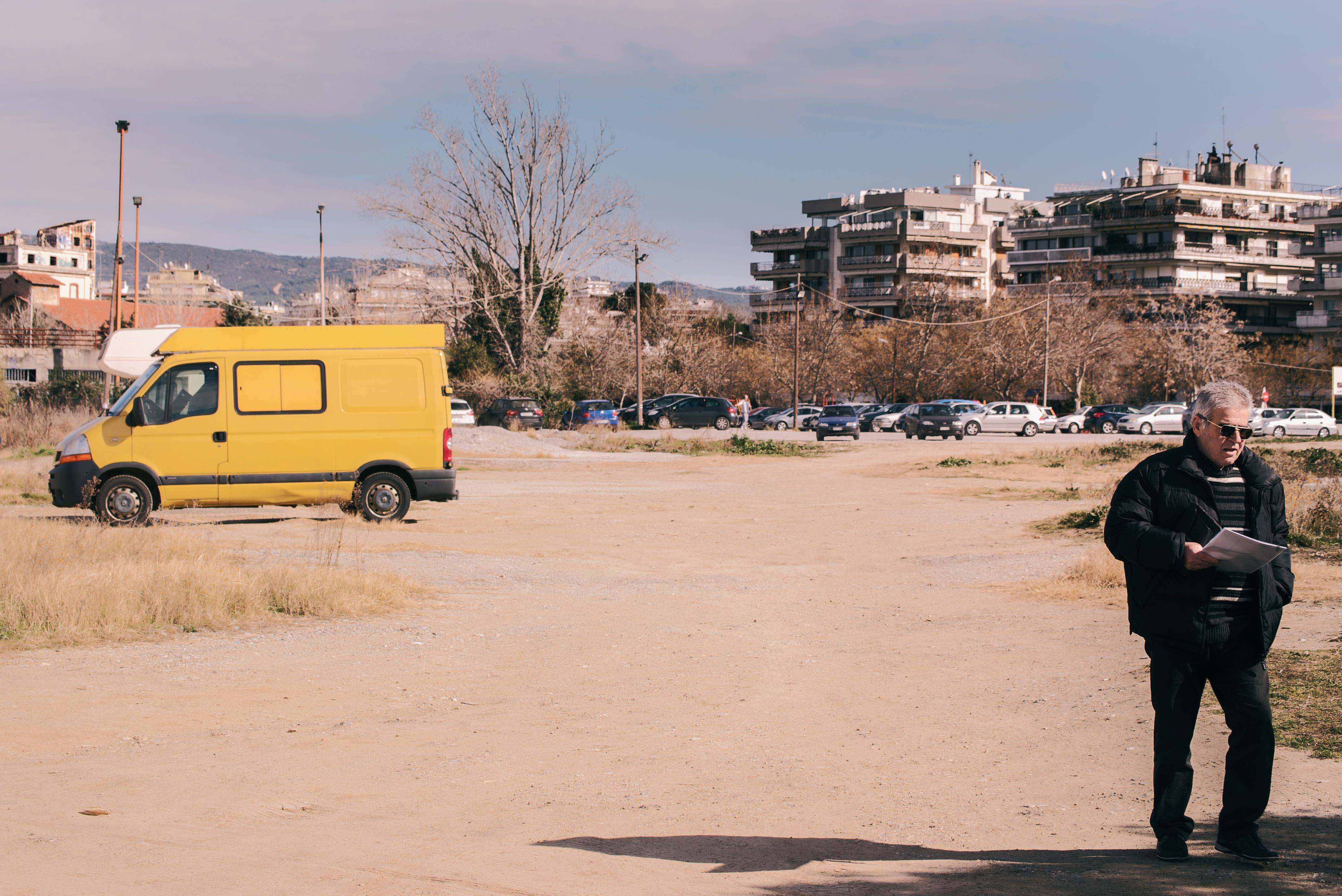 Finding ourselves in a car park by the Aegean Sea, we found some food in a local restaurant. George our waiter sat down with us, pulled out a pack of smokes, and informed us that the farmers were protesting and had shut down all the roads to Athens. Anyway, we felt lucky that the farmers were striking as George turned out to be a fine fellow and a raconteur of sorts.

We had our first interview with a Greek local, and he proved a man with broad philosophic convictions and a wicked sense of humour to boot. On asking him his feeling about the influx of refugees he told us that “every single human being deserves a second chance” and that it is in the nature, history and culture of Greek people to afford this to them.

George’s humanitarianism struck a note in me. He felt that the “world needs reformatted and that culture is the tool through which to do it”. Having gone through deep reservations about whether it was appropriate for me, as a musician, to be making this trip – literally, wrestling with myself and my conscience, it was something of a tonic.

He reflected the conclusion I had had before leaving – that culture is more relevant now than ever, and in particular in relation to this situation. But having my own conclusion spoken back at me by a local touched my hearing and built in me what feels like the first affirmation on this journey.

Yes, I have struggled with anxiety about going. But I realise now that I’d be the wrong person to go if I didn’t have those anxieties. It’s our capacity to doubt that keeps us open, keeps us questioning, keeps us searching. And though I often hate them, I feel like they have been an acid test, and only in engaging with them could I find the legitimacy of feeling and conviction, at the last, to make this journey.